Visaaranai, the first Tamil film to be submitted at the Oscars this millennium, stands a strong chance because it is devoid of the frills of Indian commercial cinema. Of course, the Oscar panel also generally laps up stark ethnic tales.

It has been 16 long years since a Tamil film was chosen as India’s submission for the Academy Awards. When it last happened, Madhavan had just made his debut, S.J. Suryah’s Kushi had just been released, and Prashanth was still ruling at the box office. Just let that all sink in for a moment. In stark contrast though, during an earlier decade, between 1990 and 2000, as many as six films that had gone all the way to the Oscars belonged to Tamil cinema. If representation at the Oscars is indicative of a film’s worth — a presumption many film personalities, including Kamal Haasan, are up in arms against — it appears that Tamil films have somehow stopped being noteworthy since the dawn of the new millennium.

Regardless of where you stand on the relevance of the Oscars, there’s no denying that its dazzle is all-encompassing. Even the usually restrained Vetrimaaran seemed to positively brim with joy when I telephoned him to confirm that his Visaaranai had indeed been chosen as India’s submission. The Oscars, fairly or otherwise, have become to cinema what the Man Booker is to literature, and the Nobel to science: a global acknowledgement of excellence. No amount of irreverence, it seems, can quell this belief yet.

Kamal Haasan, who has acted in more than half of all the Tamil films that have represented India at the Academy Awards so far, has been a consistent voice of dissent. In many of his speeches, he has dismissed the need for a Western stamp of approval on our cinema. Just three years ago, when he was questioned about hisVishwaroopam failing to make the final cut, he said that the award should be taken as validation for only those films made in America. And yet, I couldn’t but notice his first remark, offered instinctively as defence: “Over the years, I’ve had many films representing the country at the Oscars.” Therein, in that reflexive defence and the pride inherent in it, you can see that the appeal of the Oscars, of Western recognition, persists.

So long as this yearning endures, we will continue to place our films at the altar of the Academy Awards, persisting in our protracted search for Western approval. Sadly, though, it hasn’t quite come. We have submitted 60 films so far, with only three — Mother India (1957), Salaam Bombay! (1988) Lagaan (2000) going on to get nominated. Norway, which has barely half as many, has almost twice as many nominations. Each year, we make more films than the total number of films ever made in Norway. Our lack of success overseas has even sparked discussions on the type of films that Westerners take to.

Vetrimaaran, the director of Visaaranai (India’s submission this year), when once talking to me about the appeal of Kaaka Muttai, said, “The more ethnic a film, the more international its appeal.” In other words, make films drawn from the stories of your world. Make them fiercely local. This can’t quite be said of a few of our films over the years. The climax of Kuruthipunal, India’s Oscar submission in 1995, has Kamal Haasan playing a cop, saying, “Shoot me… shoot me, my man. It’s a bloody order!” in an accent that’d put an Englishman to shame.

This is not a British film

What about the underwhelming Jeans — submitted in 1998 — in which Prashanth and Aishwarya inexplicably dress up as Michael Jackson at the end, and dance with a skeleton to a track that sounds suspiciously similar to ‘Blood on the Dance Floor’? Even worse in the same film is that patched up tyrannosaurus rex, seemingly inspired from Jurassic Park, that wishes the couple a happy married life. If you listen carefully, you can still hear echoes of the laughter that no doubt once filled the halls of the Academy Awards nomination complex.

I remember when an English friend of mine once insisted on accompanying me to a screening of Shankar’s Sivaji (2007). I was hesitant, unsure if the film would paint a wrong picture of Indian cinema. After some thought, I relented. Shankar’s one of our most reputed filmmakers, after all; Rahman, one of our best composers; and Rajinikanth is, well… Rajinikanth. I quickly noticed that my fears were unfounded — the Englishman, to my astonishment, seemed to thoroughly enjoy the film. As we were walking out, he said as much. I brimmed with pride, and pointed out that Shankar was indeed known for making entertaining films, that veteran filmmaker Balachander had dubbed him our own James Cameron. The Englishman looked a bit taken aback. “Wait, Sivaji isn’t a spoof?” 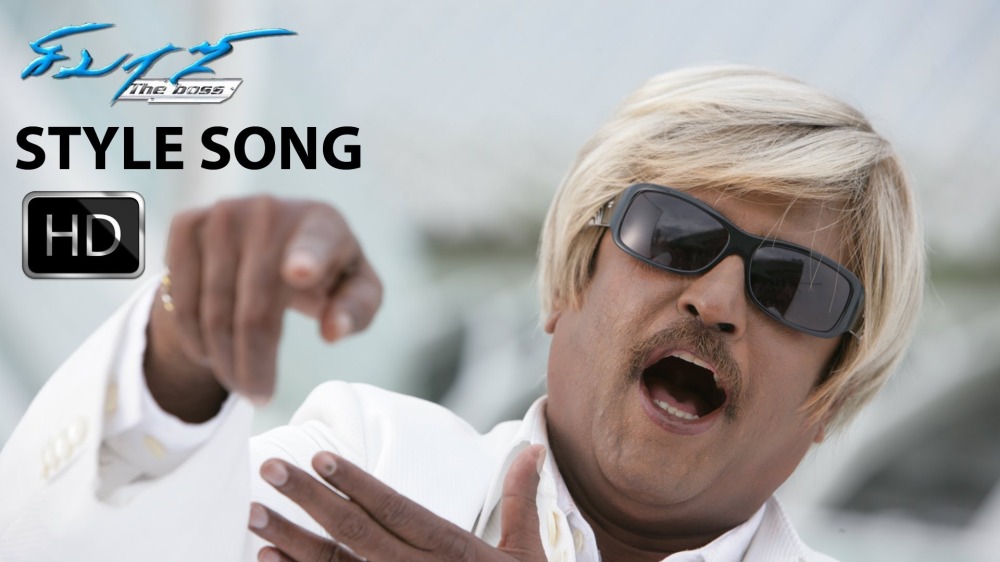 “So, you’re telling me that he looks like this, and yet, this is a serious film?”

I observed a moment of silence, as it dawned on me that he’d enjoyed the film, thinking it to be a hilarious spoof on bad commercial cinema. “So, when that hero throws his gun in that song and it boomerangs back to him, that’s a serious scene?” No, I said, that was meant as a joke. “What about when his hairstyle changes as he shakes his head near the interval? That’s a joke too?” I’d had enough and gave up on trying to make him understand our commercial cinema.

Visaaranai, thankfully, is as far removed from Sivaji as Hans Zimmer is from Deva. I still recall the palpable dread that held me prisoner as I walked out ofVisaaranai. Vetrimaaran’s film made me feel exposed and powerless. Suddenly, my eyes were opened to how vulnerable we are, how the system towers over us all; how injustice is egalitarian. While Visaaranai may not necessarily be the best film India has submitted to the Oscars, there’s not much doubt that it’s the best from Tamil cinema. There are no forced love tracks, no item songs, no comedy tracks… The film is devoid of artificialities. It is, as Vetrimaaran would say, ethnic. Of course, it also comes with the added bonus of painting a sombre picture of life here, a depiction that is likely to be in sync with the West’s understanding. Surely, we haven’t already forgotten the rousing success that was Slumdog Millionaire.

This column was written for The Hindu. All copyrights belong to the organisation. Do link to this page if you’d like to share it.