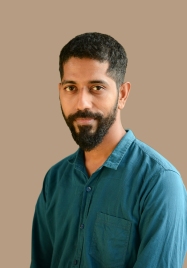 Sudhir Srinivasan is the Entertainment Editor of The New Indian Express.

Previously, he has worked at other top publications including The Hindu and The Times of India, and over the years, has interviewed many film personalities, including Mani Ratnam, Shankar, and Kamal Haasan. He also writes about his reflections on cinema for mainstream media. Also a writer of fiction, he’s presently working on a novel.