What do some of our artists mean when they claim inspiration?

By now, most of us have made our peace with the truth that ‘inspirations’ are commonplace, when it comes to Tamil cinema, and especially, its music. It’s the elephant in the room. We know many of these tracks, and are aware that they are ‘inspired’. In keeping with the spirit of those who justify blatant rip-offs — and to aid easy reading — all further use of the word ‘inspire’ and its derivatives shall not be placed within single quotes. So, as you know, Baasha ’s title track is inspired from James Cameron’s Terminator 2: Judgment Day ; Mugavaree ’s ‘O Nenje’ from Backstreet Boys’ ‘Get Down’, and Vaali ’s ‘Oh Sona’ from The Art Company’s ‘Susanna’. Deva, the brain behind these clones, is not exactly known for subtlety when it comes to inspiration. On some level, he even acts as our first window to Western music. As you plough into international music, it’s sometimes incredible to learn how familiar many of those songs sound. 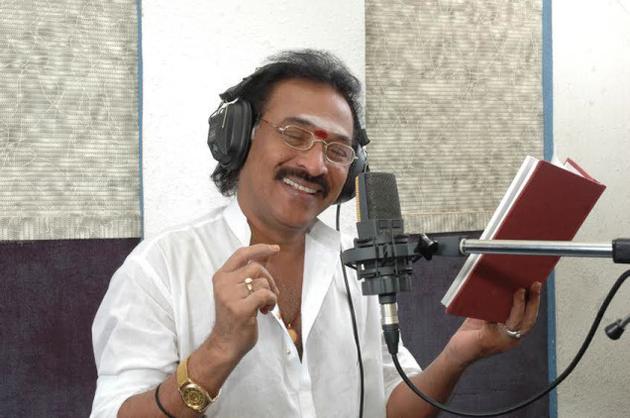 “Get down, get down, and move it all around”

Inspiration sees no prejudice or bias, and so, Deva isn’t the only composer to have been blessed. ‘Karu Karu Vizhigalal’ from Pachaikili Muthucharam has long been one of my favourite Harris Jayaraj tracks. Well, at least, it was until last week, when somebody did me the disfavour of playing Westlife’s ‘Hit You With The Real Thing’. Let’s just say I felt like Rambha in Ullathai Allithaa , after she learns that it isn’t really Goundamani who’s singing ‘Mama Nee Mama’ but Karthik. As my disappointment slowly morphed into rage, I did what anybody does in this millennium upon feeling emotion of any sort. I shared it on Twitter. And pat came the responses from Harris Jayaraj fans, who disguised their outrage as polite requests for more information on copied tracks, but this time, would I please indict other composers too. They may as well have tweeted, “If I’m going down, I’m taking you with me.” It suddenly made sense why many, many YouTube videos of Tamil songs are rife with comment wars, with fans accusing each other’s favourite composer of plagiarism.

As a responsible tweeter — and feeling a bit like Ajith in Citizen out to redeem Athippatti — I waded into the deep dark recesses of the Internet in search of more inspirations, and boy, was I in for more shock. You see, most of us assume that inspirations somehow suddenly came into existence with the advent of the Internet. But if you care to spend enough time on YouTube, you’ll soon encounter videos that will leave you questioning the whole purpose of your existence. There are allegations, armed with samples from the original tracks, that even classics like Puthiya Paravai ’s ‘Paartha Nyabagam Illayo’ and Vallavan Oruvan ’s ‘Palinginaal Oru Maaligai’ are inspired. If they are indeed, can you imagine the long hours that must have been spent in sourcing these tracks during an age bereft of the Internet? No marks for creativity, yes, but props definitely for tireless research.

“But sir, I wasn’t copying. I was simply inspired.”

Sometimes, you don’t even realise that your favourite song could well be an inspiration until some wise man, a techwiz in these times, opens your eye. You’d likely roll your eyes in incredulity if I suggested that Vallavan ’s ‘Yammaadi Aathaadi’ is inspired from Usher’s ‘Yeah!’. One sounds nothing like the other, right? Yet, should you hear Usher’s song in 2x speed, you’ll likely be able to spot the origins of that synthesised nadhaswaram bit that is so key to the Tamil song. These are frightful times; with each day, with each discovery of inspiration, my iPod gets lighter. What if your Karthik were actually a Goundamani?

This column was written for The Hindu. All copyrights belong to the organisation. Do link to this page if you’d like to share it.