First, let me express that it was very, very hard not to write a piece about the violent cacophony in S3’s teaser. The protagonist seems to have become more and more carnivorous over the course of the franchise. In the teaser, he clarifies that he isn’t a wolf, but a lion. Furthermore, he states that he’s in ravenous hunger, and expresses his eagerness to hunt down anybody in the vicinity. If you closed your eyes and imagined that the voice-over was for an angry lion in BBC’s Planet Earth documentary, I dare say it wouldn’t feel too out of place. But as things would have it, my travel plans meant that I couldn’t write about it, but I couldn’t help but realise I’d dodged a bullet, as I remembered the usual social media responses such articles beget.

These commenters can be broadly categorised into four types:

The fan
He’s very much like the protagonist in Shah Rukh Khan’s Fan. The success of his hero is directly proportional to his self esteem, and any potential attack on his hero’s films is usually interpreted as a savage attack on his self. In his eyes, his star is infallible. Any piece critical of the star will usually cause him to get irate. He usually begins by asking if you, the writer, are a fan of a rival actor. There’s only one safe response you can provide: Run. Run for your life. 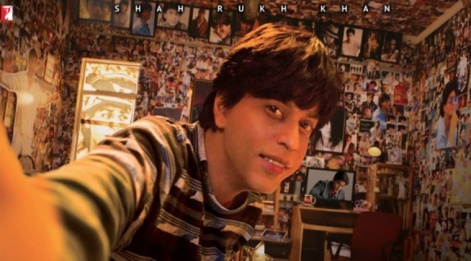 “I know you wrote a bad review. I’m now analysing the blue print of your house. See you soon.”

Say, you write a piece about the rampant sexism in a film. This person’s first response would be to ask why you didn’t write a similar piece about a little-known sexist, Nigerian film that released in the early 1900s. I’m exaggerating, but you get the idea. The only way he will ever take you seriously is if you manage to watch all the films that have ever been released in and around the Milky Way, and get critical pieces published.

“Wait, did you first write about the inaccuracies in the depiction of the labour class in this film?”

This person is usually found lurking in the dark alleys of YouTube videos. He is a strong believer that anybody associated with a Tamil film must be interviewed in Tamil, especially if he has reason to believe that both parties speak the language. He feels threatened every time he watches two people engaging in an English conversation, and is convinced that they’re simply showing off.

You can picture him reading critical pieces with an air of disdain. That’s because he thinks films don’t deserve to be taken seriously. He can usually be found leaving seemingly profound comments like, “Films must be seen as… films.” He believes film criticism is insignificant, and often suggests that writers not waste their time, especially when writing about films that he’s convinced simply seek to entertain. He also often reminds everybody that there are bigger issues in the world, like poverty in Somalia and crime in Rio de Janeiro.

The next time you’re about to engage in a debate, see if your opponent fits into any of these categories. If they do, it’s a lost cause.

A version of this column was written for The Hindu. All copyrights belong to the organisation. Do link to this page if you’d like to share it.