Karthik Kumar’s first day on the sets of P.C. Sreeram’s Vaanam Vasappadumwas the stuff of dreams. For a brief while, anyway. He had signed up to play a lawyer, a negative role, and the “counterpoint to the hero”. A consummate theatre professional, he had done his research for the part already. He had spent months walking up and down court halls, having conversations with lawyers, observing their body language, getting himself ready for the biggest opportunity of his life. From when he was 10, when Nayagan sowed the acting seed in him, he had yearned for this. From when he was 16 — when he played the role of a drunk man in his high school’s adaptation of Rebecca by actually getting drunk — he had ached for this. Karthik was all set to ace the biggest moment of his nascent acting career. He was ready to be a lawyer, not play a lawyer… when everything unravelled.

The actor originally cast to play the protagonist was unceremoniously, without warning, dropped. A bewildered Karthik was asked to replace him. He didn’t have time to digest the gravity of the decision he had to make. It was all a blur. There he was, suddenly talking to actors Revathy and Nasser, who wanted to confirm that he was the new hero. There he was, watching the rejected actor crying by a corner on the sets. There he was, shooting his first scene, not as the anti-hero he had prepared to be, but as the romantic hero he was ill-prepared for. “It all seemed… wrong.”

If he now had a time-turner, he would go back to that pivotal moment on the first day of his shoot, but this time, refuse to accept that role. Yes, even though the film’s director P.C. Sreeram was the reason he got to do a role in Alaipayuthey. Yes, as that America maapillai. He doesn’t say it, but you can see he hates that stereotype. “It was just a role then. Not a stereotype.”

He had auditioned for Madhavan’s role, but Mani Ratnam had found the 18-year-old Karthik too young for the part. Little did he know that four years later, he would be touted as the next Madhavan. Oh, and the irony didn’t end there. Originally, the protagonists of Vaanam… were supposed to be called Karthik and Shakthi, until the female character’s name was changed to Poongodhai, after the actress’ name. The name may have been his, but the similarities ended there. He remembers being uncomfortable about the lines being cheesy, about being asked to dance. He never wanted to be the next Madhavan. “I felt silly doing all of that, and it showed.” He wrote in his recently much-publicised blog post that the industry has thought him to be a pretender. “They saw through the unconvincing act. I was never meant to be the hero.”

But the high-profile promotions of Vaanam… worked wonders, and despite the film’s failure, Karthik continued to land roles. A second hero in the successful Kanda Naal Mudhal. A second hero in the even more successful Yaaradi Nee Mohini. Second hero. Karthik despises that label. “They use it like you’re a failure,” he says. But his chief undoing was his willingness to continue to be part of short films, theatre, and smaller feature films, so long as the roles were good. “I didn’t realise then that there was a caste system to these mediums.” What he means is that the industry’s lack of respect for mediums other than itself translates into disregard for artists involved in them. The chief failing of this MBA graduate from MICA, Ahmedabad, was ironically his inability to market himself, to build his brand. “I guess I was a bit too much of an artist, a bit too honest for my own good.”

He cites several examples of this. When P.C. Sreeram eagerly wanted to know what he thought of the first cut of the film, Karthik bluntly said that this wasn’t the film they had set out to make. When Vijay opted for a lengthy close-up shot of him during Poi Solla Porom, he requested that it be chopped from the film, as it wasn’t in keeping with the consistency of his character. When he realised that the scene that had him slapping Dhanush in Yaaradi Nee Mohini (written by Selvaraghavan) was taken out, he lobbied hard to bring it back in because that’s how it was written originally, and more importantly, it made sense in a Selvaraghavanish way. 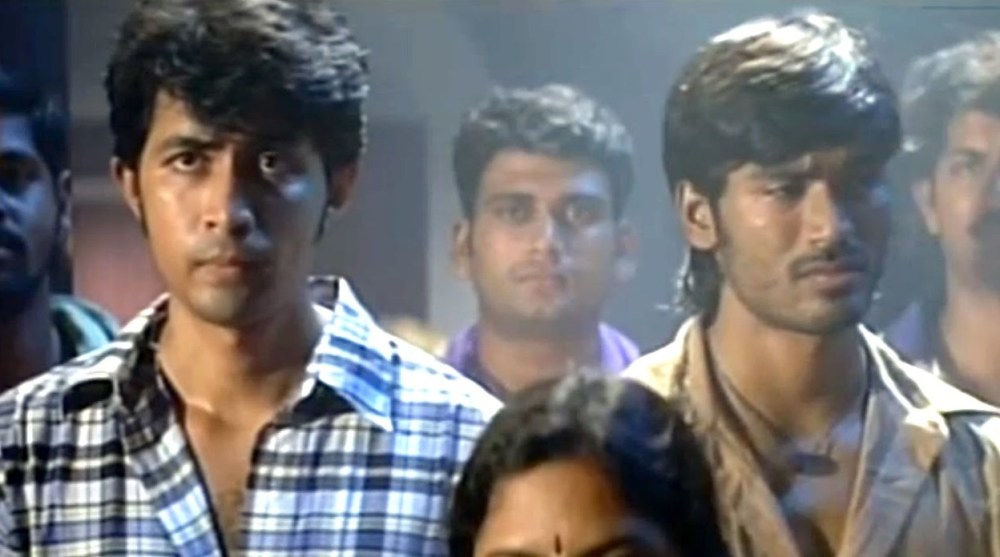 Among the factors that has caused him to announce an early retirement is the lack of respect meted out to theatre actors in the industry. “It’s evident in even the small things, like the tone in which a production manager talks to you. They don’t realise that we’re the only actors on the sets who’re actually trained.” It doesn’t help that these actors, including Karthik, ask questions about character consistency, and character motivation. “They hate that.” I point out that theatre actors are finding a lot of work in Tamil cinema today. “But if they’re not recognised, make no mistake, they’ll grow disillusioned. That’ll be the death of the trained actor in Tamil cinema.”

Karthik has now come to be regarded as a failed Madhavan, when what he instead sought was to be a Raghuvaran. “He’d play a villain, a brother, a father… All I ever wanted was to be that ageless actor.” And when he realised that a deadly combination of his past work (“It’s karmam, not karma”) and the industry’s stereotyping had pushed him into a unproductive zone, he decided to call it quits.

“My stand-up comedy work has forced me to examine myself. I’ve woken up to the truth that I’ve sold myself short. Promising filmmakers think I’ve already failed.” His blog post has been perceived by some as his waging a war against the industry. “It’s simply war against my dispassion for meaningless roles.” Curiously enough, producers are now bombarding him with offers, perhaps to cash in on his blog post going viral. Perhaps Karthik has finally, inadvertently, stumbled upon an effective way to market himself.

This interview was written for The Hindu.  All copyrights belong to the organisation. Do link to this page if you’d like to share it.