Kannadasan, Vivek’s character in Dharala Prabhu, is a unique person. He’s a fascinating man, so unusual in his capacity for self-admonition, in his willingness to prioritise other people over self. Our introduction to him is as a doctor, a relentless businessman, who’s willing to suffer humiliation, if it means a regular supply of work. It’s almost tempting to eye him with wariness, to dislike him even, given that we are encouraged to form an emotional alliance with the protagonist, Prabhu—who Kannadasan is almost shown to take advantage of. Slowly though, you see the doctor for who he really is. He’s a businessman, but one who has boundless patience to hear the requirements of his customers. He knows this isn’t business for them; it’s their whole life. His is a rundown place almost, and his job can get quite stressful, and yet, you never see him lose his sense of humour. A patient, leaving his clinic, even observes once that one of his jokes was a tad unpleasant, and wonders if Kannadasan’s practice is reliable. The truth is, he needn’t have worried. The film may seem to suggest that Kannadasan has got his share of flaws, but really, he is as virtuous as they come. He’s an ascetic. 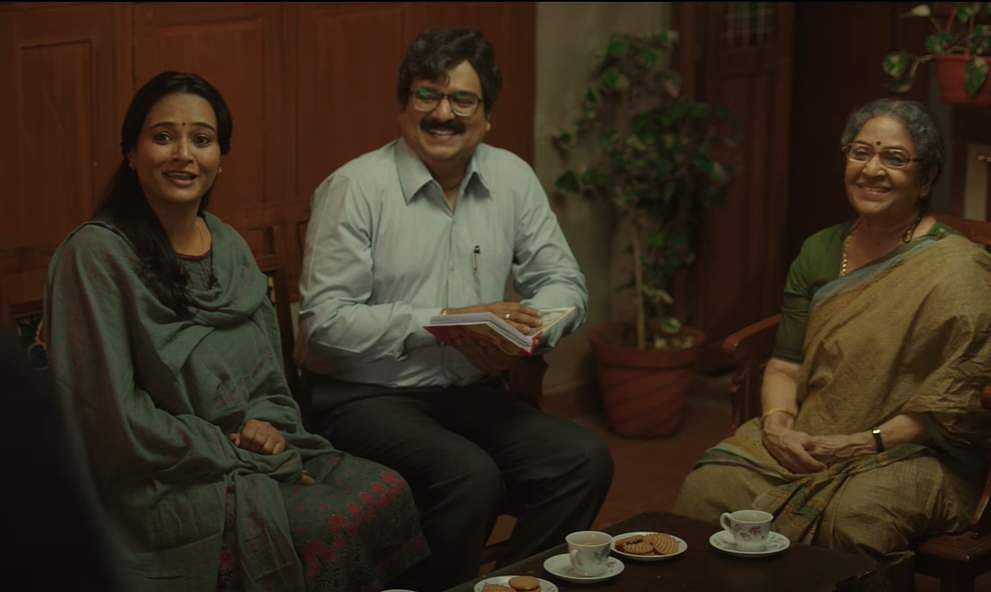 His introduction scene is as he’s praying to an all-star cast of Hindu deities. That’s not the only reason I want to draw some parallels with Hindu mythology, in talking about Kannadasan. In Hinduism, the destruction of one’s ego is an all-important quest, and I’d argue that Dharala Prabhu’s Kannadasan is a rare non-egotistical character in our cinema. This is why you barely see him take himself too seriously. This is why the characters in Dharala Prabhu get away with unleashing some vicious verbal attacks on him. Prabhu constantly dismisses him as a fraud. Prabhu’s mother accuses him of being a con-artist. Prabhu’s wife throws a cold stare at Kannadasan towards the end, that seems to pack in a thousand insults. Even Kannadasan thinks of himself as a ‘kevalamaanavan’, which finds a quick response from his assistant: “Correct sir.” Anger is a consequence of ego, and is it any wonder then that we hardly see Kannadasan lose his temper? The only time he comes close is when Prabhu humiliates him for relentless pursuit, but even then, observe Kannadasan’s choice of words: “Un value unakke therla.” Even in that moment of personal humiliation, the doctor expresses concern towards Prabhu. This happens on another occasion too, when Prabhu’s mother calls Kannadasan names over a phone call. After the call, the sage that he is, he isn’t busy licking his wounds. Instead, he’s expressing empathy for her, and wondering how much she must have suffered in order to have become so angry with him. He is a person almost beyond the selfishness of the mortal world.

(Continued in below link)

For the remainder of this column (and there’s a lot more left, I assure you), please visit https://www.cinemaexpress.com/stories/columns/2020/apr/22/why-dharala-prabhus-kannadasan-is-a-sage-18129.html?page=preview