Slowly, but surely, Nayanthara is whipping up a quiet revolution

I’ve always despised those scenes with a self-aggrandising male protagonist who verbally emasculates a rival, and then proceeds to walk in slow motion towards the camera with a self-satisfied smile. Yes, those scenes that usually result in the hero’s fans going wild in delirium. From Rajinikanth to Dhanush, over the years, we have seen many play to the gallery in similar fashion. Yet, such scenes to me, were the defining moments of this week in Tamil cinema, as Nayanthara in Dora goes on a male-ego shredding spree.

It’s such a relief to see an actress get such masala moments — to see a woman enact the famous slow motion walk towards the camera, as the background music sings her paeans. I couldn’t wipe the grin off my face, as the film ended with the last shot frozen on screen: a shot of Nayanthara’s confident stride, eyes alight in determination. 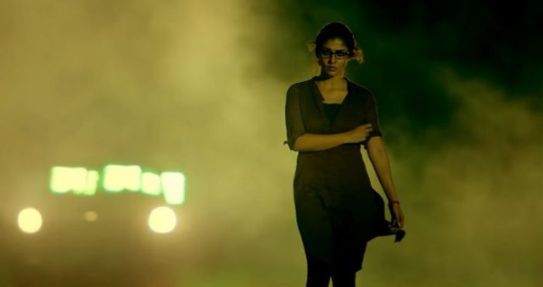 In Dora, for example, the female protagonist actively sabotages attempts to get her packed off. “I’m truly happy when I’m with you, dad,” she says. These are important baby steps.

Screenwriters will now become aware of the existence of another weapon in their arsenal: the Rajinikanth moment for the woman, as I like to call it. In Dora, Nayanthara’s character gets rejected by a man in an arranged marriage setup. She’s furious not because she craves companionship, but because her self-respect has been dented. She turns to the man she most loves for support: her dad. Thambi Ramaiah’s character rubbishes the rejection. “Is there another woman like you in Tamil Nadu?” he asks. The theatre broke into applause. My heart swelled. It’s a classic setup for a Rajinikanth mass moment, and here’s the actress, dubbed the ‘Female Superstar’, inspiring filmmakers to write such moments, and more intriguingly, making them fit in sensible films. It’s undeniable that Nayanthara is quietly whipping up a revolution in Tamil cinema. Maya… Dora… For the health of female protagonists, pray that this list continues.

Also, it isn’t every day that a heroine’s name in the credits gets explosive applause. Mind you, it isn’t just on account of her attractiveness. It isn’t because the audience is excited about potential item numbers in the offing. There’s nothing of the sort in Dora. It’s because they see her play characters with significant mental strength. It’s because they buy that she truly doesn’t need the support of a man to kick some bu**. It’s because they think of her as their hero.