A thin line stops it from being terrific 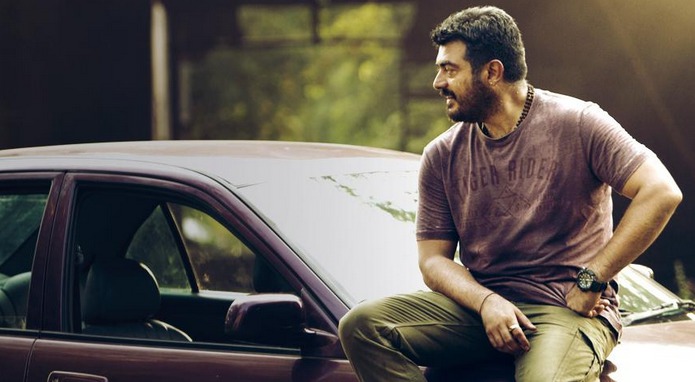 The kernel of a Gautham V. Menon (GVM) film is its love story. That’s his tour de force. While his romances — Minnale , Vinnaithaandi Varuvaaya , Neethaane En Ponvasantham — are obvious examples of this, the best parts in even his cop films — Kaakha Kaakha and Vettaiyaadu Vilaiyaadu — to me, were the love scenes.

So, in Yennai Arindhaal , when he shows Sathyadev (Ajith Kumar) falling in love with Hemanika (Trisha), a single mother of a two-year-old, you cannot but ask yourself if there is another Tamil director who so thrives in rubbishing time-tested rules of Tamil film romance.

The other leading woman in the film, Thenmozhi (Anushka), also turns the tables on the guy-stalking-the-girl Tamil film cliché, and woos the guy. However, Yennai Arindhaal , is a cop film. The title credits that show stylised animations of objects like guns, handcuffs, explosives, and bullets make it quite obvious. Sathyadev is all force and flair. He is suave, comfortable conversing in English, and , sometimes problematically, trigger-happy. This of course, gets him into trouble, and if you have seen at least one GVM cop film, you know that the family of a cop is in perennial danger. The first half of the film is gloriously entertaining, thanks to the director playing to the gallery.

He knows he is directing Ajith, and he is pulling no punches. There is a cheeky Vivek reference to the actor’s salt-and-pepper hair style, and in another scene, Ajith’s famous car driving skills come to the fore, as he spins his car round and round. Ajith, as a GVM cop, is sumptuous. Never is it more evident than in a warehouse scene when he sits in quiet contemplation, tensely gauging his options and considering if he should go guns blazing at the thugs. And then, Ajith walks into the shot with his guns out . This is a stand-up-on-the-seat-and-cheer moment if ever there was one, especially when you add Harris Jayaraj’s theme music to the mix. Harris’ theme music is a clear winner — every time it plays , it dutifully whips up a frenzy.

And then, without warning, the simplicity of the story gets muddled by the introduction of organ trafficking . I wonder what it would have been, had it perhaps just been about the all-consuming powerful rivalry of two erstwhile friends who chose different paths in life. In Sathyadev’s powerful words, “ Oru melisaana kodu” (a thin line) is after all what separates a gangster from a police officer. Why couldn’t the film have just been about these two? There is also much needless yelling and trash-talking towards the end. Doesn’t Sathyadev’s charm lie in his composure? That steeliness, that sophisticated composure is what you love about a GVM hero. . A rushed climax, a problematic organ trafficking angle, a repeated plot device, a predictable ending… and yet, Yennai Arindhaal comes as a breath of fresh air, especially at a time when big-budget films haven’t quite lived up to their hype.

There’s just that one melisaana kodu that stops it from being terrific.