A bucketful of clichés 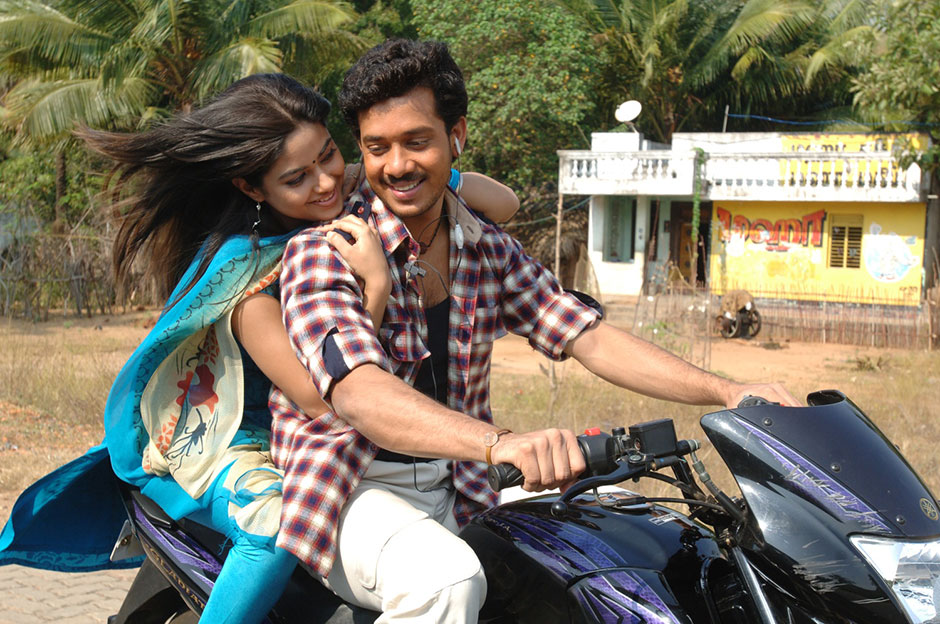 The recipe of Killadi could have been palatable, had the makers managed to get hold of a crucial ingredient they unfortunately seem to have overlooked — a time machine.

If it were available, they would simply have had to input a random year in the 90s and hurl it back to the period it belongs in. And even then, there is no guarantee that it would have entertained the masses, much less appealed to the aesthetic sense of a film connoisseur. But at least it would have stood a chance.

If there literally existed a sea of clichés, Killadi is what you would get if you randomly drew a bucketful from it. The love angle between Dharani (a loudmouthed college student played by Bharath) and Anjali (Nila) perfectly embodies this insipid film. They are shown to have fallen in love with each other during a bike trip in a single song. If milkmen can become millionaires in a single song ( Annamalai , but you knew that already), why can’t love happen, you ask.

Fair enough, but here are the scenes shown to explain that they are becoming fond of each other: the woman on the bike randomly blushes; the bike brakes suddenly and you know what happens (if you don’t, are you sure you watch enough dubious Tamil films?); the two find refuge in some roadside building after it suddenly rains, and when Anjali decides to change her wet clothes, she notices that Dharani, the thorough gentleman that he is, looks straight ahead without taking a peek at her. That’s it, I kid you not.

We are now told that they are in love. Oh, and we are shown that scandalous braking scene twice, as if to emphasise its importance. If that doesn’t create love, what will, we seem to be asked.

Even if you want to make Killadi certain allowances as it is, after all, a film that was supposed to have released before 2010, there is little excuse for how uninspired everything about the film is — its story, its screenplay, its characterisation, its music (Srikanth Deva)… you get the gist. Curiously, there is a running mention of the Hindu god, Lord Muruga, through the film. The titles roll around a spinning vel (spear, the weapon of choice for the deity).

Comedian Vivek, who gets an extended comedy track that has little bearing on the story, references the Kanda Sashti Kavasam (a Muruga song) in more than one scene. And then, there’s, of course, the climax that takes place during Thaipusam, a festival that celebrates the slaying of a demon by the deity. Let’s put aside the fact that this is probably not a film that has more than one layer to it. While you understand the relevance of the last iteration (you know… Muruga slays the demon, the hero does what you expect him to), there is no explanation for the others. Perhaps they were simply the filmmakers’ way of praying that the film, despite its very many flaws, could somehow, with hopeful divine intervention, turn into a hit.

There is a minor surprise in the form of yesteryear actress Roja who plays Anjali’s villainous mum, a woman who could well be suffering from multiple personality disorder, given her predilection for mood changes.

One minute, she’s a calm, demure devotee, and then suddenly, without warning, she turns into a crazy thug-woman screaming her lungs out.

Her final transformation is especially unbelievable, even given the range of eye-popping incredulity this film subjects you to. However, you do see that if written well, interesting villainesses can be unearthed from yesteryear actresses.

Don’t look in this film for one though.

Finally, what of Bharath, an actor whose super hit Kaadhal (2004) was made two years before Dhanush’s Pudhupettai ? Arguably the most promising young actor a decade ago, he has since struggled for consistency. This outdated film won’t help him again, and for having chosen to star in it, you have to say he is no… Killadi.