A video of a fan performing a religious ritual to a poster of a popular hero went viral recently. I couldn’t but help wonder what the typical day of such a person must be like. Here’s a likely account:

Suresh (name used only for representative purposes) sat up, eyes wide in horror. He had just dreamt that his boss was sending him on out-station work on the release day of his favourite hero’s upcoming film. This was to be the actor’s 73rd film. Suresh had done his bit to popularise #galacticstar73. He wiped the cold sweat off his face, and double-checked his wallet to make sure that the first-day-first-show tickets were very much there. They were. He could already feel that familiar rush of excitement, as he imagined himself anointing the 120-feet cut-out of the actor with milk. Sometimes, at that vantage point, seeing all the hundreds of fans cheering from below, it almost felt like he was a star himself.

He was running late for work today. His boss had been scathing of his latecoming, but he didn’t realise how much work had to be done ahead of galacticstar73’s release. He couldn’t bear to imagine another area celebrate the film with more fanfare. As he quickly got ready, he surveyed all the posters in his room with pride. The room was decorated—consecrated as he saw it—with posters of many of the actor’s films, including galacticstar73, and some drawings he had made of the actor. One recent drawing of his had been shared 256 times on Facebook, and 129 times on Twitter. It was a beautiful day. The actor himself hadn’t shared it though, even though he had tweeted it to him.

The sort of drawing Suresh is good at

He rushed to his workplace; he hated being there as they wouldn’t allow mobile phones to be carried inside. He wanted nothing more than to spend his day fruitfully by sharing and propagating news about galacticstar73. He spent the entire day running the film’s opening song in his head. It was a throwback to the golden days when all Tamil films had ‘mass’ introduction scenes, and kuthu opening numbers. Sometimes, at work, he got worried that he would miss out on important news about his actor. Recently, he was furious to be among the last people to learn that the actor had travelled on vacation to US with his family. A photo had been shared too. He prayed that no such important news would be shared while he was at work.

The sort of picture Suresh hates to miss out on

Evening finally arrived, and he had an emotional reunion with his phone. On his way home, he sifted frantically through the actor’s pages, and fan club accounts. He himself ran one, but it hadn’t become popular. He hoped his future drawings would do the trick. Some said that they looked nothing like the actor, but he suspected those were fans of the Solar System Star, out to spew hatred. Sometimes, Suresh himself did the same. There were times he liked the rival actor’s films, but he always had to say they were horrible. He had to remain loyal to the Galactic Star.

The rival actor had released a first look poster. Immediately, Suresh juxtaposed it with the ‘Enna koduma sir’ photo from Chandramukhi, and shared it. The retweets began; he was pleased. The Solar System Star’s fans attacked him, but the Galactic Star fans always came to his rescue. He felt like a hero when that happened. He also felt like they were all his friends. He went on that evening to create many more memes, ignoring the calls of an old friend who had wanted to catch up for many days now. He also published a list of instructions to the Galactic Star’s fans on how to undermine the first look poster of the rival actor. He created a hashtag that mocked the rival actor and hoped it would begin trending. 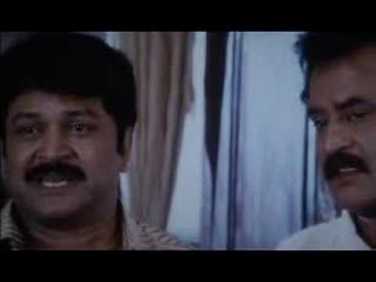 Suresh hadn’t gotten married yet, but it didn’t really matter. Galactic Star was his family. He felt a lot of affection for the star’s newborn child. He had created a meme with the baby’s photo and the caption, ‘Cutest star baby ever. Like if you agree.’ It got him a lot of followers. The count now stood at 653. A thousand followers would be nice, he thought. Feeling motivated, he created more memes, and liked and shared many more. He could have done a lot more if his mother hadn’t bothered him with questions about the pesky household stuff. Just before he retired for the night, he summoned all his courage, and sent a carefully worded tweet to the Galactic Star: ‘Galactic Star! My hero! Waiting for galacticstar73! Please reply!’ He slept rather nervously that evening, hoping that when he awoke the following morning, his greatest dream would finally come true.