A young female mutant, utterly unfamiliar with the ways of society, walks into a store, and picks up objects that catch her fancy. She begins munching on a bag of chips, and begins walking out, as the store owner confronts her. Upon hearing the commotion, her guardian, Logan, walks in. I know what you’re thinking. He will likely apologise to the owner, perhaps pay him a little extra as compensation for the nuisance the girl has caused. Instead though, Logan coolly picks up a phone charger, and as an afterthought, picks up a beer, and walks out with the girl. I couldn’t help but laugh at Logan’s smirky arrogance. It’s the Wolverine we have become so fond of, do-gooder protagonists be damned. Hugh Jackman has announced that Logan will be his last film as Wolverine, and the superhero universe will be all the more poorer for the loss of this match made in comic heaven.

There’s a reason the film’s titled Logan, and not Wolverine. This film’s more about the man behind the mutant. He’s weary, weak, and drags himself to fights, and in a sense, almost typifies the franchise itself. Logan is leaking pus from his overworked knuckles, his wounds aren’t healing as fast as they were, and as a character points out, “he’s clearly sick from the inside.” He doesn’t care though, not after all the agony he has endured.Logan, the film, is the medicine the suffering franchise needed, and Logan, the character, what the writers of superhero fiction needed to see. The film is dark, dystopian, unhurried, much fun, and most importantly, full of heart and sensitivity. And of course, it’s gory too. Through the course of the film, there’s many a face that gets disfigured by the adamantium claws. I’m glad director James Mangold didn’t hold himself back in the depiction of violence in Wolverine’s swansong. There’s no separating violence from Wolverine’s DNA. 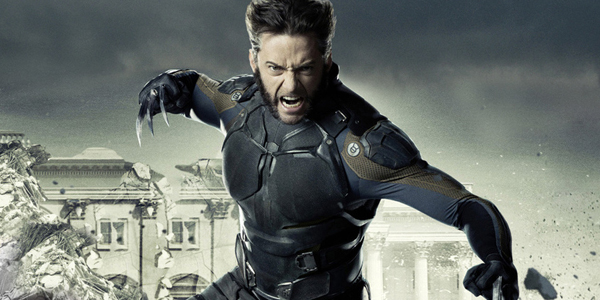 While on genes, Wolverine’s protégé in the film, Laura (Dafne Keen, with almost no dialogue, and a face that somehow manages to portray both menace and hurt at once) knows a thing or two about violence. Much like Logan, her response to mildly discomfiting situations is to whip out her retractable adamantium claws. Laura’s the life of Logan, the film and the character, and a large part of the film’s enjoyment is to see these unsociable creatures warm up to each other. Logan, who has always been rightly accused by other characters of being selfish, finally learns to give. It’s great writing, and the fitting resolution and send-off to one of X-Men’s most beloved characters.

Another beloved character, Professor X, gets a send-off too. In Logan, Charles is withered and senile. “Nonagenarian,” he wryly points out to a character who calls him “Octogenarian”. He isn’t the nice, polite character we have become accustomed to; profanity is always on the edge of his tongue. You see why though, considering that he has been robbed of his life’s greatest joy: identifying and rehabilitating mutants. The events of the film happen in 2029, and as Logan points out, it has been more than two decades since the birth of a mutant. It is in Laura that Charles and Logan, two sour old men at the very edge of their lives, get that which they have been desperate for, for decades. The former sees a young mutant in need of protection; the latter sees a human connection he has long been bereft of.

Logan, in that sense, is an unusual superhero film. It’s a gritty little film—little in terms of its ambition. It shows that in such films, the future of the world needn’t always be at stake. Sometimes, there are greater things in peril: like the life of a person who has come to mean the world to the protagonist. Sometimes, the greatest battles you have to fight are those that take place within you. Unlike many other superhero films, Logan gets this.

This review was written for The New Indian Express. All copyrights belong to the organisation. Do link to this page if you’d like to share this review.