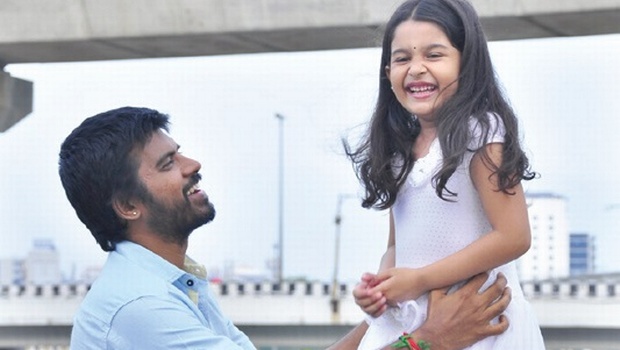 There are filmmakers out there who really need to be told that it’s quite all right to make films that don’t preach. Good stories subliminally educate, without its characters having to carry placards and deliver monologues. Taking on the greed of private schools is the primary agenda of Pa. Vijay, as he makes his debut as a director and producer with Strawberry . That’s not all; he also plays the lead, and continues in his quest to establish himself as a hero. This time around, he’s aware of film trends, and so, around ‘ kalvi vyaabaram ’, as he puts it, he creates a ghost story. Truth be told, the way filmmakers are cashing in on this horror trend, I’m tempted to call it ‘ aavi vyaabaram ’.

The problem is that the nobility of Vijay’s motive isn’t really backed by any serious exploration of the business of education. The story may have perhaps germinated from this idea, but the film takes such a long time to get to this point that ‘lessons’ at the end seem like an afterthought — and a manipulative afterthought at that. Like in those television dance programmes in which an average performance ends with the dancers wrapping the national flag around them, due to some misplaced sense of patriotism, and the judges, seemingly reduced to tears due to their apparent love for the country, get coerced into applauding the performance. It’s like the makers realised that they had an average horror film, with a dull comedy track by Robo Shankar, who plays the friend of call taxi driver Saravanan (Pa. Vijay), and decided to, as the distributors are calling the film on Twitter, turn it into a ‘social horror thriller’ because surely, nobody can dislike a film that means well?

As a horror film, there’s nothing really novel. For the most part, it simply resorts to excessively loud background music and jump scares. Items in the cliché list include a fake priest being played by a comedian (Mayilsamy here, like ‘Mottai’ Rajendran in Darling ), a Malayali nambudiri, and an amulet that acts as a shield against the ghost. They are all tropes you have seen many, many times before, and it’s rather tiring to have to sit through the whole package again.

Around interval, there’s a small twist when you realise the identity of the ghost, which makes you sit up for a few moments. But then, the ghost’s flashback story — another cliché — which is supposed to be poignant, is so thoroughly milked that you can’t wait for the person in question to meet their tragedy so the story can go on. The sequence of the person’s death is shown twice, as if by repetition, the scene could get sadder. Doing further damage is the super-sad background music that only ended up reminding me of the famous Doordarshan signature tune. But considering that an accomplished director like Shankar couldn’t resist milking a similar death scene ( Anniyan ), I guess it’s a bit much to expect subtlety in these films.

The biggest credit I could possibly give Strawberry is that one small portion of it reminded me of Pisaasu . But that had less to do with Strawberry being anywhere near Pisaasu ’s quality, and more to do with my wondering how many more horror films we will have to sit through before something inventive comes along again.